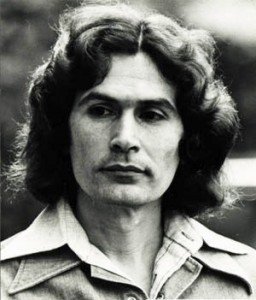 Rodney  “The Dating Game Killer” Alcala (1977-1979)
Number of victims: Definitely 5. Maybe more than 100.
According to prosecutors, Alcala would “toy” with his victims by strangling them until they lost consciousness, waiting for them to wake up, and then doing it all again until the chokees finally died. Sounds like a fun guy!

As for the nickname: During a five-person killing spree in California in 1978, Alcala appeared as Bachelor No. 1 on the TV show The Dating Game. He even won — but the unlucky bachelorette later canceled the date because he was “too creepy.” Yeah, no sh*t.

Alcala was caught in 1979 and is currently on death row in San Quentin for the five murders he committed in California. So why is his number as high as 100? Well, earlier this year a New York grand jury indicted him on two more counts of murder. And in 2010, police released more than 100 photos Alcala had taken of unidentified females in hopes of determining if they had been victims as well. That investigation is ongoing.

Smells VR’s Scents Offer Next Level Immersion in Virtual Experiences As we approach...

What is Surrogate Spouse Syndrome?