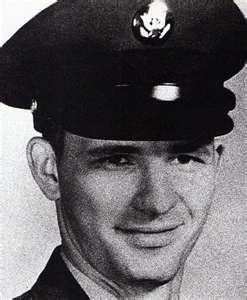 Dean “The Candy Man” Corll  (1970-1973)
Number of victims: At least 28 boys
Dean Corll was a former military man who earned the name “The Candy Man” because hetreated local children to free candy. Creepily, most of Corll’s friends were teens, but two of them were his especially good pals: Elmer Wayne Henley and David Brooks. Henley and Brooks were allegedly paid “$200 per head” for luring victims back to Corll’s home, where he would sexually assault, torture, and kill them.

The ruse was going swimmingly until one night in 1973 when Corll got into a tiff with Henley. He was pissed Henley brought two teens over to his house instead of just the one he had chosen as the next victim. After the three teens boozed and took drugs, they passed out. When they awoke, Corll had bound them in his torture room. Henley persuaded Corll to let him go so he could assist with the murders, but instead of helping, he busted a cap in The Candy Man’s skull.

At the trial, Brooks was found guilty of one murder and received a life sentence in prison; Henley was convicted of six murders and got six 99-year terms. One murder he wasn’t convicted of was that of Dean Corll. The judge ruled it an act of self-defense.