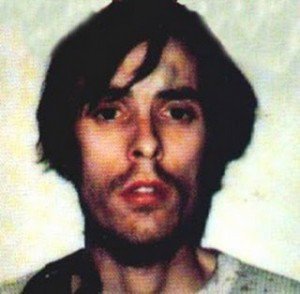 Richard “The Vampire of Sacramento” Chase (1976-1977)
Number of victims: 6
Before he was involuntarily committed to a mental hospital as a schizophrenic who suffered from somatic delusions — a misguided belief that part of one’s body has been injured or altered  — Richard Chase was convinced his heart was shrinking. To prevent that from happening, he disemboweled rabbits, ate their entrails raw, or tossed them into a blender and slurped ’em down like a milkshake.

After being released — yeah, we’re not sure why either — Chase began slaughtering people instead of animals. In a one-month span, he committed six murders in Sacramento, where he engaged in necrophilia and cannibalism, and bathed in and drank victims’ blood (hence the vampire moniker).

Before you judge him, at least hear him out — he claimed he was only doing what he needed to do in order to prevent Nazi UFOs from killing him. Sadly, that defense didn’t work in court. He was convicted, and in 1980, at the age of 30, Chase OD’d on antidepressants while in prison.