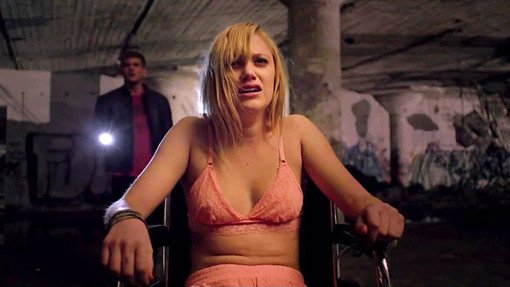 It Follows ($5 @ Amazon.com) is quickly becoming recognized as a modern horror classic, but the movies we’ve included on our list — The Thing, Nightmare on Elm Street, Child’s Play, Halloween — are certified classics. And if you’re into old school horror genre like we are, you’ll no doubt appreciate these behind-the-scenes pics. 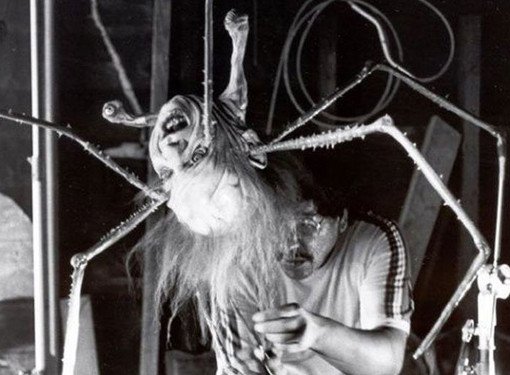 The Thing (1982) | Rent/Own from $5 @ Amazon.com
1978’s Halloween, 1980’s The Fog and 1982’s The Thing proved that director John Carpenter was capable of directing horror films. Additionally, Carpenter’s directorial efforts with ’92’s Memoirs of an Invisible Man, ’95’s Village of the Damned, and 2001’s Ghosts of Mars also proved he could helm Michael Bay-sized box office turds. And while Halloween arguably remains his most famous film — it did reinvent the genre, after all — The Thing remains a cult classic.

But it wasn’t appreciated. In fact, upon its debut received mixed reviews and a tepid box office attributed to the ubiquity of alien movies at that time (with both E.T. and Blade Runner out the same year). And despite the majority of the film being shot on sound stages, the frost on the noses of the cast was all real; even in the hot Los Angeles summer, the temperature on set was kept at 20 degrees. The last few weeks of filming were done in Stewart, British Columbia, at North America’s only glacier with temperatures estimated at 30 degrees below zero.