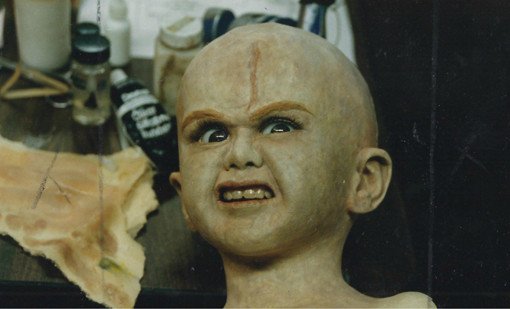 Pet Semetary (1989) | Rent/Own from $4 @ Amazon.com
Did you know that the teenage Zelda — the bedridden witch with the mangled back — was actually played by a man? Doesn’t make her any less or more gross, we just thought you’d like to know. The director felt an actual young girl wouldn’t be frightening enough for the grisly role. And the evil kid that gnaws Grandpa Munster’s neck off is actually a doll! Or at least that’s what we’re left believing after seeing this weird pic.

Next: Nightmare on Elm Street