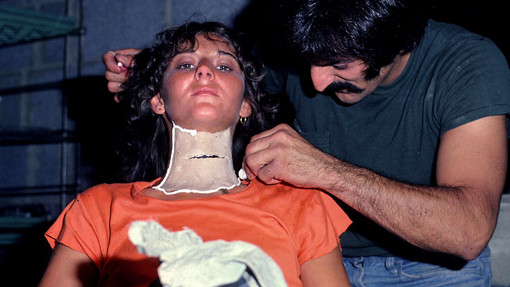 Friday the 13th (1980) | Own the entire set on Blu-ray for $100 @ Amazon.com
Spoiler alert: The OG Friday the 13th actually features Mrs. Voorhees as the killer, not her son, Jason. But you probably already knew that. If not, sorry we ruined it.

Anyway, Jason was never supposed to appear in the film at all. Makeup artist Tom Savini suggested that the movie needed a jump scare at the end like in Carrie, so an actor was brought in to play the child version of Jason who jumps out of the lake at the end.