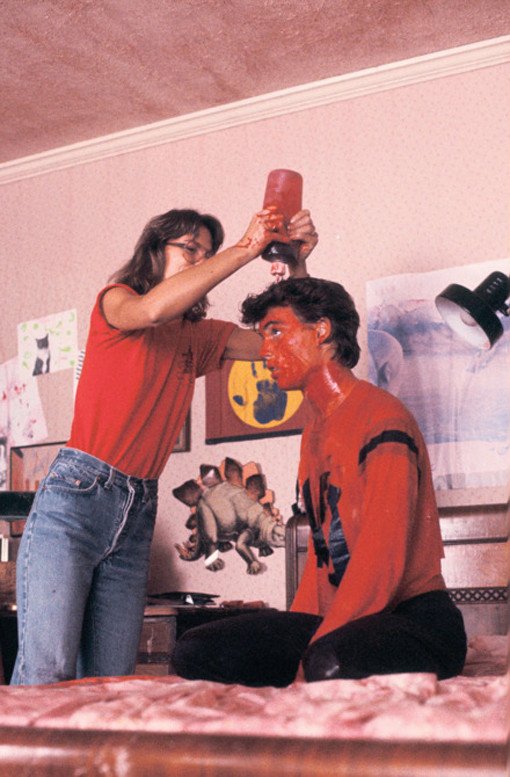 Nightmare on Elm Street (1984) |  Rent/Own from $4 @ Amazon.com
One of the most indelible images from A Nightmare on Elm Street is villain Freddy Krueger’s mittens, er glove with knives for fingers. However, most of the time he’s on screen, the blades on the glove are actually dull; there was only one real glove, but it was only used when needed because several actors cut themselves on it. The pic above is Johnny Depp’s death scene; it’s brutal. The Elm Street gig was his first big acting role.