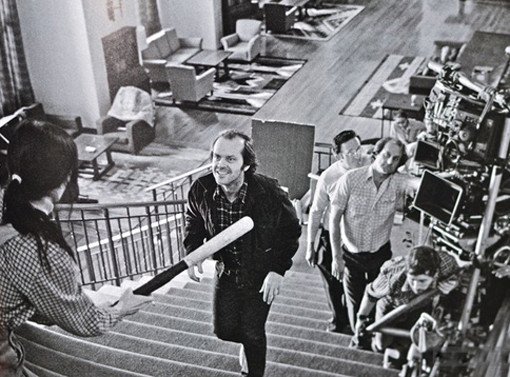 The Shining (1980) | Rent/Own from $4 @ Amazon.com
Based on the novel by Stephen King, director Stanley Kubrick took inspiration from an altogether different source. During production, he screened David Lynch’s nightmarish Eraserhead to give the cast and crew a sense of the mood he wanted the film to convey. In the end, King hated Kubrick’s adaption, but fans were taken by Jack Nicholson’s portrayal of author/axe murderer/ guy who can’t find his way out of a labyrinth.

If you’ve never witness Nicholson’s prep to get into character, it’s worth watching …