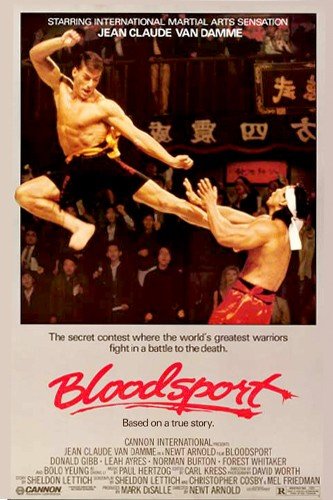 What? Oh, you think The Karate Kid deserved the “martial arts” spot on this list? Pfft. Daniel LaRusso has a few high school guys — with blond highlights — who live in the San Fernando Valley picking on him at the school dance. Ooh, so scary!

In Bloodsport, Ninjutsu expert Frank Dux (Jean-Claude Van Damme) goes AWOL from the Army to cowboy up in the Kumite, an illegal, anything-goes martial arts tournament in Hong Kong. Not only does Dux roundhouse kick through the most badass fighters in the universe while also being chased down by military officers for desertion, he makes reigning Kumite champ Chong Li say uncle to become the first Westerner to win the tournament. And at no point does anyone wax off during the movie.

NEXT: KING OF KONG