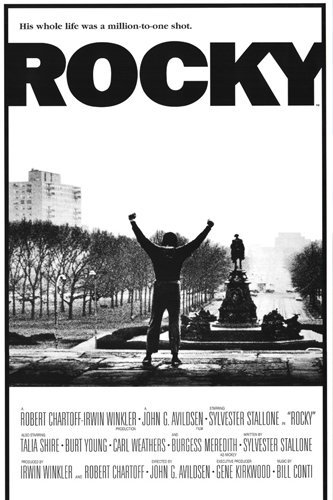 You thought it was going to be #1, didn’t you? Well, it’s not; that said, Rocky is an amazing underdog movie both in front of and behind the camera. It was written by a nobody named Sylvester Stallone who insisted that he play the title character against the studio’s wishes. They finally relented, and the world was treated to the story of goofy simpleton and middling club fighter Rocky Balboa who stumbles into an unlikely chance to fight the heavyweight champ-peen of the world, Action Jackson. Er, we mean Apollo Creed.

Rocky doesn’t win, but he goes the distance (15 rounds) with Creed after participating in the best training montage ever put on film (the second and third best would come in Rocky III and Rocky IV.) The movie won the Academy Award for Best Picture in 1976, beating out Taxi Driver and All The President’s Men.