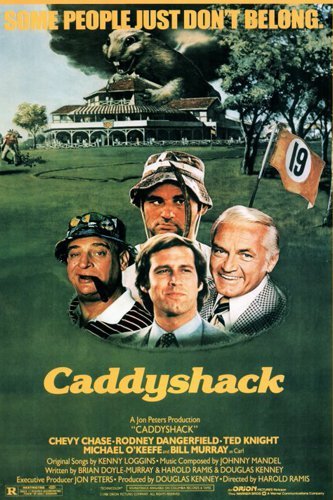 Working-class caddies vs. snooty country club members? An adorable gopher vs. a psychopath with dynamite? Rodney Dangerfield vs. anyone?

This is like three underdog movies in one. Caddy Danny Noonan (“NOONAN!”) sticks it to Da Man when he wins a high-stakes golf game by sinking his final putt.

Coming through under pressure when the game is on the line — a classic underdog move. Meanwhile, Rodney cracks constant one-liners and Carl Spackler (Bill Murray) tangles with the gopher. “They’re like the Viet Cong … Varmint Cong. So you have to fall back on superior intelligence and superior firepower. And that’s all she wrote.”